What is the George Rigg Scholarship? 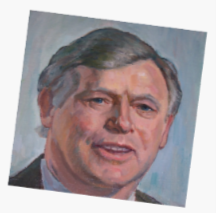 Who was George Rigg?

George Rigg was born in England in 1918 to a large family under very poor circumstances. Opportunities were few and the hardships were many. At the beginning of World War II, George joined the British Army and advanced through the ranks to the position of Sergeant Major in the Army School of Physical Training.

He was a pleasant and friendly human being. George believed that every child has a great opportu-nity to get ahead. Some he felt needed a helping hand in order to gain self-confidence and a good attitude. He devoted his years with the Kiwanis Boys and Girls Clubs to offering a helping hand. Many members and staff of the club were touched by George’s enthusiasm and friendly attitude. In memory of this fine gentleman, the George Rigg Kiwanis Scholarship was founded.